Generation Z and what to expect from it? 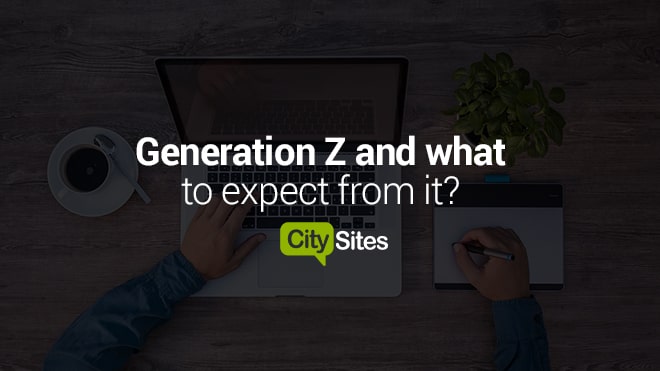 Good afternoon, today I want to draw the attention of our colleagues to a problem that seems to me relevant. The article will focus on changing the preferences of the target audience. not only a specific resource, but a whole generation of consumers.

This trend has long begun to be traced in the world of digital ... I I say that television is dying, there is a war on the Internet with ad blockers, old methods no longer work, active Search for new ways to keep customer attention.

You can say that after a long period of stability, advertising has begun evolve at tremendous speed. Border Erasure real and virtual, advertising becomes less intrusive, more smart and interesting. For most of us, this is obvious, but still underlies these processes?


I I think that first of all, it depends on the nature of the customers, which varies depending on what attitudes and values they enjoy. To do this, I propose an analysis of three generations, on the basis of which the market was formed and modified. Let's start with the generation X , consider the difference with the Y generation and move on to the Z generation that interests us.

To the generation of X by opinion of western experts can be attributed to people born between the mid-1960s and the middle 1980s This generation who did not have internet, but still had the idea of the hardships of war and famine, inherited from their parents. They are they knew - in order to achieve something in this life, you need to work hard, the emphasis was on stability - family, work, children.

The next generation received the designation Y . Everyone has heard the word millennials to whom they have been christened, these are people born from 1981 to 2000. Generation Y contrasts itself with generation X , stability in work is no longer the main thing; life planning devolves on second plan. The main thing is the desire to fulfill oneself, to make the world is better. And to be finally noticed. Hence the bright problem this generation exaggerated expectations from life, which are enhanced with Internet development and technological boom.

Generation Z these are “digital people” born from 1995 to 2010. Feature of this generations is that they are better versed in gadgets than in human relationships. This is due to the fact that the generation Y , keeps their children under constant supervision: children attend additional classes, section circles. It follows that the absence communication with peers is replaced by high activity in social networks. Nonetheless for generation Z The family has great value as the only island where they can feel safe.

for we are interested in the fact that these young people begin to be active market consumers and in the coming years there will only be more. Here and the first nuances with which we have to work appear.

First of all, it should be clearly understood that these are people who do not imagine the world without the Internet and are not interested in television. Secondly, in their minds there is no distinction between virtual and real. Information perceived by headers , in order to keep abreast of recent events, especially not focusing on the content of the message itself.

Important understand that such customers cannot be interested in the usual description product qualities or its benefits, the verbal component of advertising dying off. And interest in information can only be caused by its visual or emotional presentation.

These trends indicate that the new generation is starting to gain momentum, dictating to us our rules that businesses are not able to ignore . In my opinion, the best in this situation is a symbiosis of generations.

Today we have the opportunity not to study the Z generation remotely, but to communicate with them directly. To do this, just invite them to work. With proper organization of work, these guys will show you in which direction to move and even do it with their inherent share of creativity and creativity. This will not only help you secure your business, but also save you a lot of nerves.

for the beginning it is worth paying attention to the organization within the team, now people who are only 19-20 years old come to our company. Because these people are not capable of building long-term relationships with people, they have the same attitude to work, if something isn’t satisfied they leave, this leads to a fluidity and to a real head pain in HR managers of the company.

But interest in such personnel is growing, as they are able to work with large volumes of information, always trending the latest events that they scoop from social networks, not to mention the fact that they communicate with new technology from the diaper . To get and retain such an employee, you need to follow the following simple rules:

Generation Z she simply does not perceive, the attitude to the authorities should be friendly or none. The boss should act as a mentor, which you can always ask for advice. Mutual respect an element in building a constructive dialogue, as well as a guarantee that that everyone will be happy.

When the production should be specific, it’s best to briefly describe task to continue to use lists with an explanation of each item. So In this way you will receive a competently completed task. If you let business by gravity, then you risk explaining the same task again, since it will be performed only in order to get rid of it.

Any the generation understands that there is a timeline for completing the assignment. Define clearly deadline framework and the punishment that follows for non-compliance with such the way you first set the rules that everyone should follow. Secondly, it will weed out lazy people. Although I do not know a single person who I wouldn’t fail the deadlines, sometimes it seems that this is in our DNA.

Chief factor that drives whole generations of young people routine tasks are interesting, explain how they will affect the work of the company generally. It’s also worth remembering that money in the life of a generation Z is not important, work is only a means by which, they get their entertainment.

What conclusion can I make?

Summing up, we can say that a new generation of consumers is growing, which, unlike Y , almost nothing is known, but for example in our company this problem was solved by integrating an unknown variable into the work. At using simple rules, we organized for Z comfortable working conditions, and they in turn tell and show in which direction to do business, so that tomorrow will not be in the trash of history.

Read also on our blog: